Posted on September 3, 2011 by The Shortest Answer

As I lay in the beanbag chair on the deck of the Wild Card I looked up at the mast that gracefully danced in front of the backdrop of the Milky Way.  The bow was pointed at the grayish yellow glow of Cartagena, some forty nautical miles in the distance, as it sliced through the moderate swells sending white sheets of spray into the air.  I watched the shooting stars and savored the rocking of the boat but the perfection of my surroundings was disturbed by all the things I’d seen over the last six days.

We left Portobello, a shabby but charming old Panamanian port, in the evening on the twenty fifth of August.  We sailed all night and I was awoken early in the morning by what sounded like a hundred horse shoes in a dryer as the anchor dropped into the water on the other side of the hull.  I walked up onto the deck and surveyed my surroundings.  It was a calm, grey morning.  The boat was surrounded by dark silver water, that looked like a sea of mercury and many small islands, some of which were covered in simple buildings.  We had arrived in the fabled San Blas Islands.  As the sun rose the clouds disappeared and the true beauty of the place was revealed.  The water exploded into an array of blue, turquois and emerald.

After breakfast we took the dingy to a small Kuna Yala village that covered every inch of a tiny island.  Antonio, a man of the village with whom our captain, John, had a working relationship with, met us at the shore.  His family was there and they were ready to sell us coconuts and molas, a traditional style of Kuna embroidery.  We wandered around the village for an hour.  We met different people from the village, took pictures and bought extremely cold and overpriced beer.  Some in our group made friends with the children of the village and spent the morning chasing them around in the heat in an impromptu game of tag that had very few rules.

The village was a strange clash of new and old.  The villagers had a pipe that brought in fresh water but their bathrooms were primitive outhouses over the Caribbean.  Some of them wore traditional dress and others gaudy western t-shirts.  Their huts were simple wood construction but they had some way of keeping the beer they sold us cold.  They spoke only their traditional language and Spanish until the business negotiations became heated and then suddenly they were almost fluent in English.

Once we had finished in the village we sailed East toward Dog Island.  On the way we passed by many beautiful islands.  Some had no people on them, others only a hut or two and others still had full size villages.  At Dog Island we snorkeled around a sunken barge that attracted many beautiful tropical fish.  After an hour of snorkeling we got back on the boat and departed for another beautiful pair of islands where we snorkeled some more and then dropped anchor for the night.

Over the next few days we would wake up and snorkel, partly to see the fish and partly to get in the water so we could wake up and wash off.  Then we would get breakfast and hang out on the deck of the boat.  Next it was back in the water for more snorkeling followed by lunch and a warm beer.  Later in the afternoon we would take the dingy to a tiny island to hang out on the beach or to the outer reef to look for sharks that we could snorkel with.  In the evening we would sail to a new group of islands that looked just as beautiful as the last and then we would have dinner.  Usually, just before dinner we would throw our ration of ice into the cooler and get our beers and rum and cokes relatively cold for an hour.  After a good dinner we would lie on the deck, drink our rapidly warming drinks and watch meteors blast across the star filled sky until it was time for bed.

This idyllic existence was marred by several experiences.  While snorkeling one of the most beautiful islands I kept seeing pieces of plastic garbage on the bottom of the sea.  Later on we took a trip in the dingy to an island that literally had two palm trees on it.  It’s remote and lonely beauty will stay with me forever.  It was so small that I walked around it in less than a minute.  It was surrounded by crystal blue water and was one of the most amazing places I have ever set foot on.  It also had a perfect halo of plastic garbage at the waterline.  It was like looking at a Monet panting that someone had smeared feces on.

Before we headed out into the open seas to Cartagena we stopped at Rio Azucar, an island near the main land that is relatively developed.  The people were nice but it was one of the most disgusting and sad places I have ever been.  The water around the island was filled with garbage.  In places I could see to the bottom of the shallow water but I couldn’t see the sand because the layer of trash was so thick.  We walked around the village and spoke with a friendly and intelligent man.  He told us that in the village malnutrition was a problem with many of the children, but they had an internet connection in the school.  Many of the huts were made of a very basic construction but I also saw many satellite dishes.

One of my favorite maxims is “Don’t shit where you eat.”  This gem of wisdom apparently has not made it to the San Blas Islands where the Kuna not only shit onto the fish that they will eat, they also throw their garbage in the water for good measure.  Using the ocean as a waste disposal system has been part of the Kuna culture for centuries and it worked just fine when it was only small amounts of human waste and a few coconut shells going into the water, but now that they are becoming a consumer culture and everything they buy comes in a plastic wrapper there is a serious problem.  Really, the Kuna are just like Americans and Europeans; they want shiny cool stuff and they also want their garbage to magically disappear.

Lying on the deck of the Wild Card as we approached Cartagena the night sky gave me the clarity to come to some hard revelations.  I heard that the San Blas Islands were one of the last unspoiled paradises.  They certainly were remote and stunning but they were spoiled.  I never thought that seeing such a striking place could be so sad.

I realized that it is over.  We have pasted the tipping point and the world is going to get a lot uglier and dirtier in our lifetime.  We will be the last generation to see traces of the majesty that this world once held.  Now that I know this, my desire to see the wonders of this world has been replaced by a much stronger feeling; a sense of moral obligation.  I must be a witness of all this world’s greatness before it is tainted or destroyed.  It is a heavy and fantastic burden, but it is one that I lift with enthusiasm.  I think that maybe, you should pick it up too. 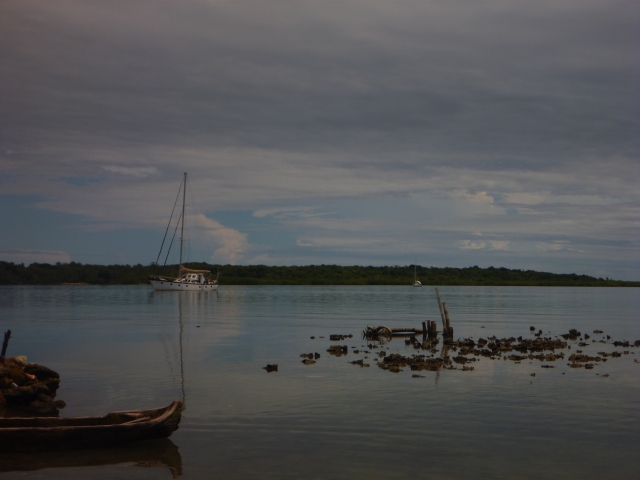 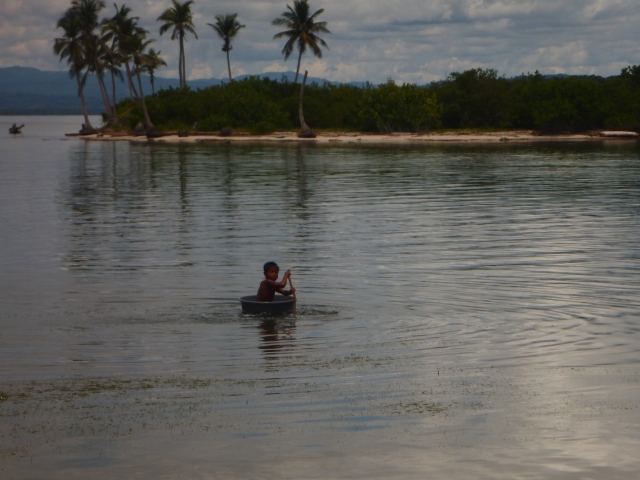 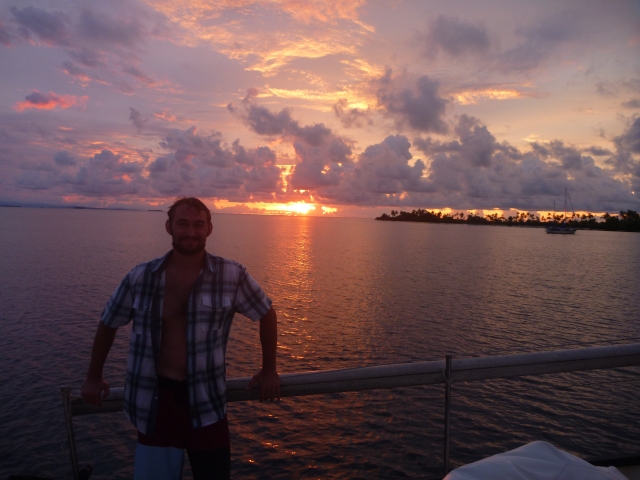 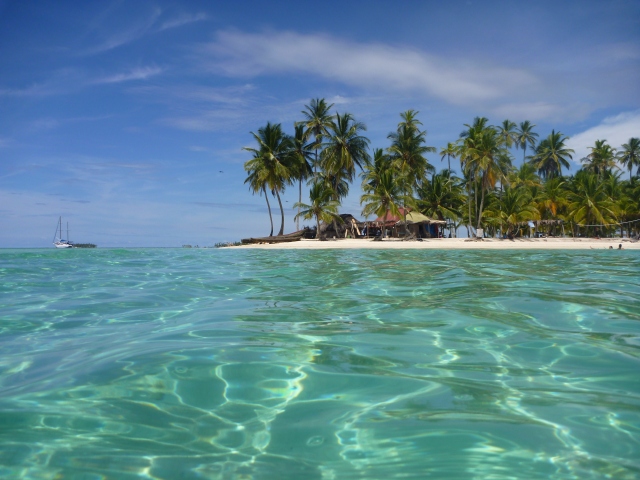 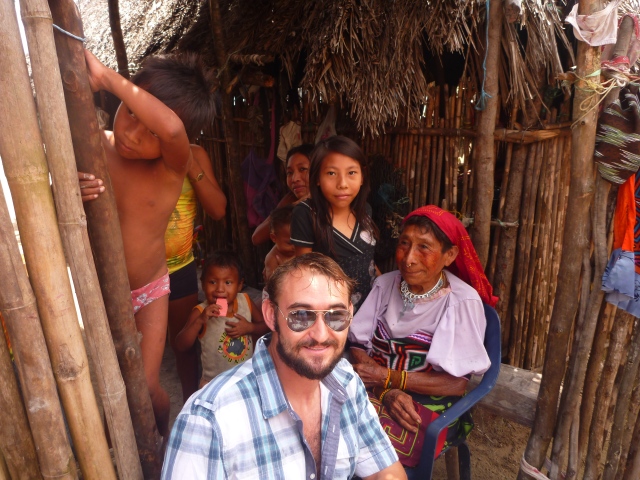